Growing up, Aoife Lovett suffered from psychiatric problems and depression. When times were particularly tough, the young girl only had one outlet for her internal agony: harming herself. Aoife would use razor blades to cut her right arm. As well as causing excruciating pain, the deep wounds she inflicted on herself would bleed heavily and leave behind ugly scars once they had healed. 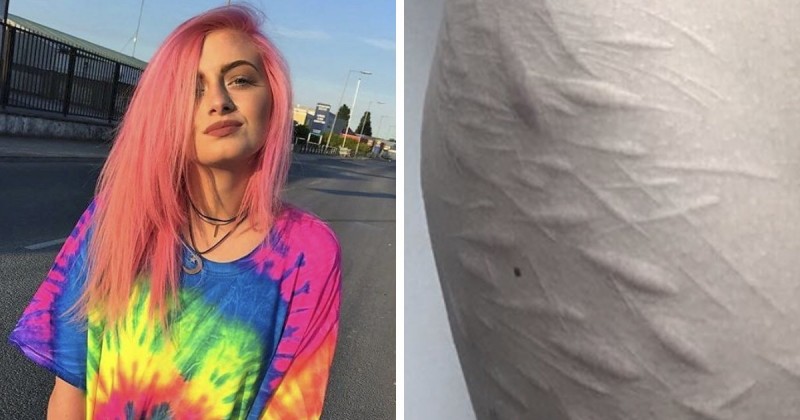 Today, the 19-year-old has since managed to recover from her depression and lead a normal life. However, the scars on her arm remained a daily reminder of those extremely difficult times. "It's very hard when you're a couple of years clean from doing it and every day you're constantly reminded of what you did. It brings back memories of how you felt then. There's a lot of shame that comes with it and guilt, especially when you're around your family," Aoife said. 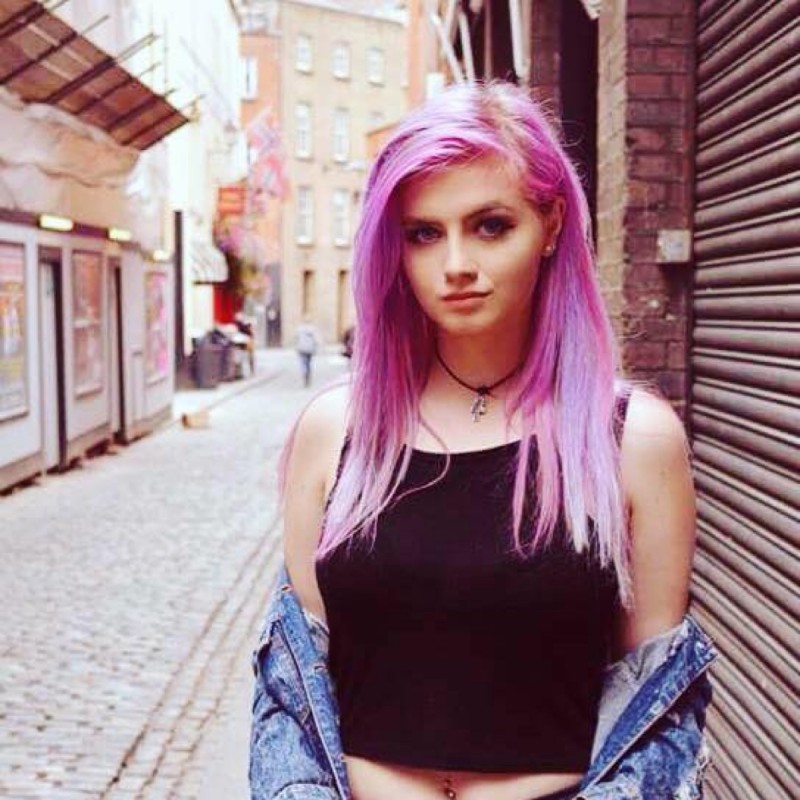 In the end, the Irish teenager decided to cover her scars with a tattoo, but couldn't find a tattoo artist who was willing to help her. "A lot of artists just won't cover them because it's a lot of work and they'd just not rather take the risk of it looking bad," she said.

Aoife was devastated and gave up hope of getting her scars covered until her mom happened to come across a project set up by Ryan Kelly, a tattoo artist from Dublin. 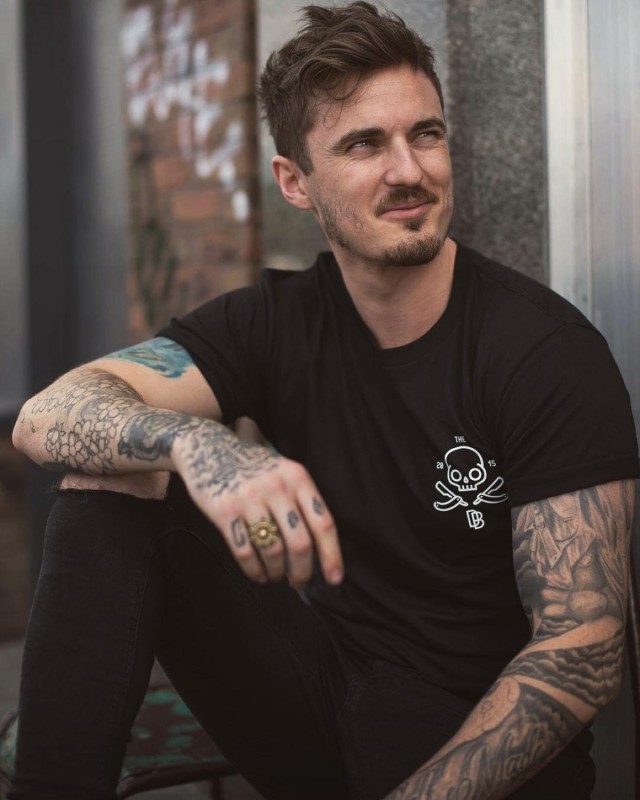 Through his "Scars Behind Beauty" project, Ryan is helping people who have scars from self-harm by covering them up with tattoos. Ryan launched his project after a young woman came to his tattoo parlor in February 2017 with an unexpected request. "A girl just randomly came in looking for a tattoo to cover up some scars and I got talking to her and she started telling me her story and at the end of that it didn't really feel right to charge her. It kind of felt like it meant more to her than that," Ryan said. 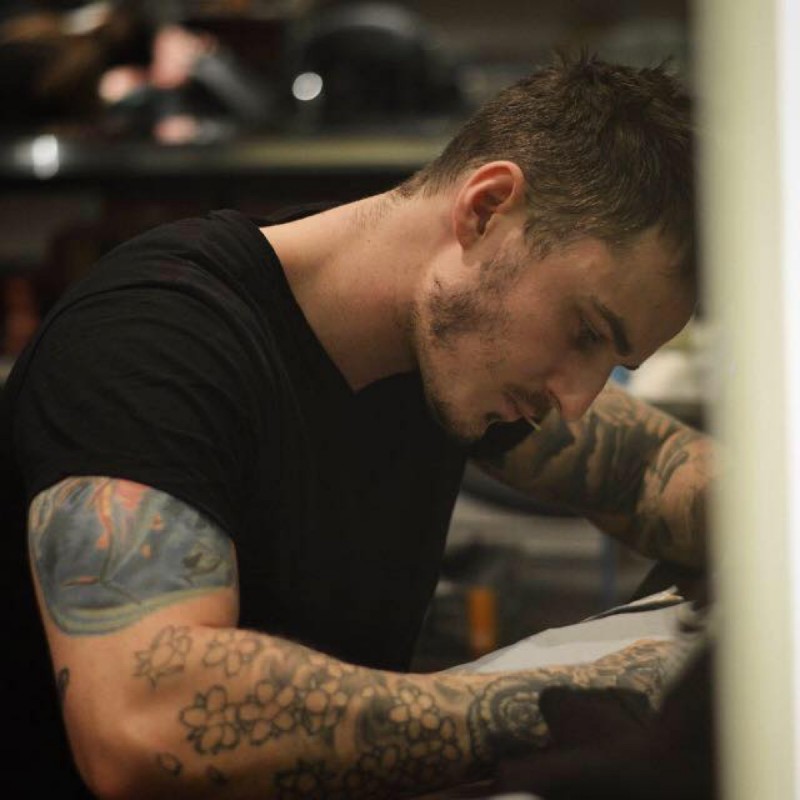 Since then, the young dad has been tattooing the scarred skin of people who suffered from self-harm. That means Ryan is fully aware of how hard it is to needle uneven skin, which is why he can sort of understand why some of his colleagues refuse to do it. "A lot of tattoo artists avoid doing tattooing over scars. Understandably to a certain degree because obviously if you want your best piece it's going to be better on flat skin. It can take a little bit more time sometimes, but for me it means a lot more than that because you're helping someone move on from a difficult time," Ryan explained. 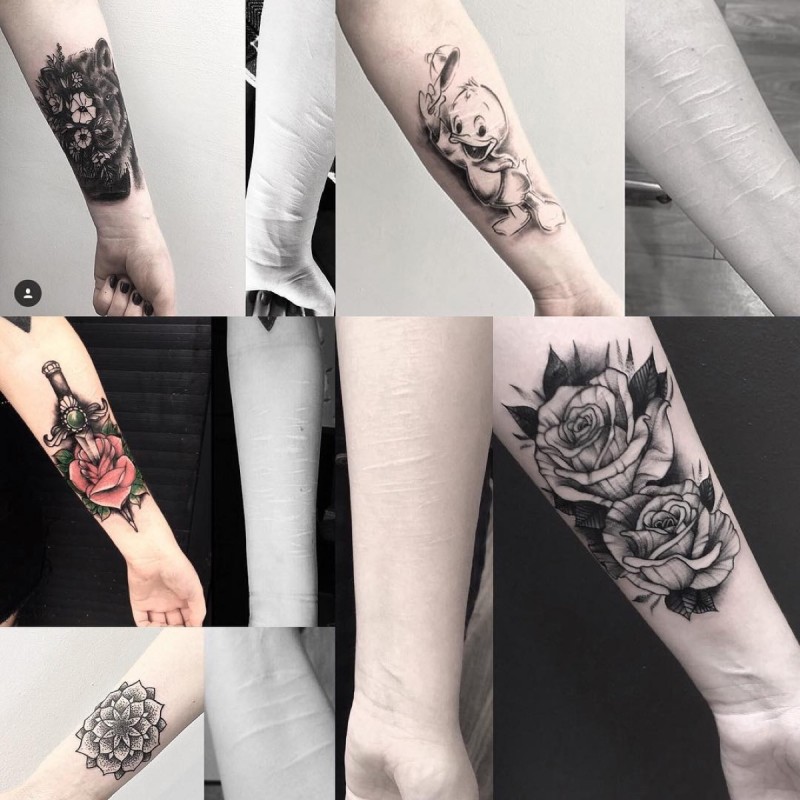 Ryan devotes his free time to the project and tattoos customers' scarred skin for free on Saturdays, if they've suffered psychological problems in the past. Last year, Ryan's teacher and close friend committed suicide after years of battling depression, which is why it's so important for the young tattoo artist to give people suffering from mental issues hope. He's not just covering up past scars — he's giving these people the courage to go about the rest of their lives with their heads held high. 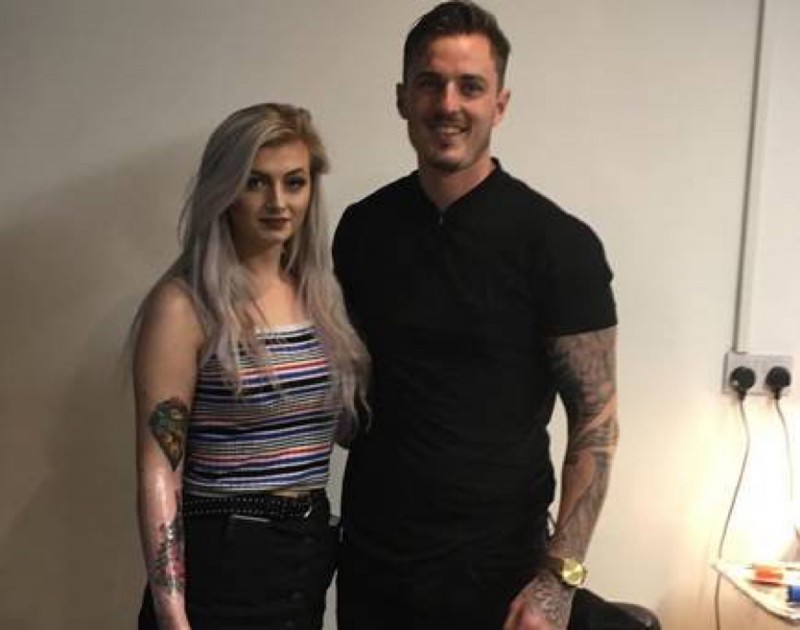 Aoife made an appointment with Ryan and got the tattoo she had wanted for so long. The Irishwoman is now the proud owner of a beautiful rose growing around an ornate dagger. For Aoife, the image on her lower arm is a symbol for overcoming the lowest points in her life. No longer having to hide her past, she can now look ahead with renewed strength. "Ryan is helping people move on. It's putting something beautiful over something ugly. It gives you a new sense of freedom and you get you confidence back because it's very hard to go into jobs and wear t-shirts with scars because you get looks and you get questions a lot about it. I think what Ryan is doing is brilliant," Aoife concluded. 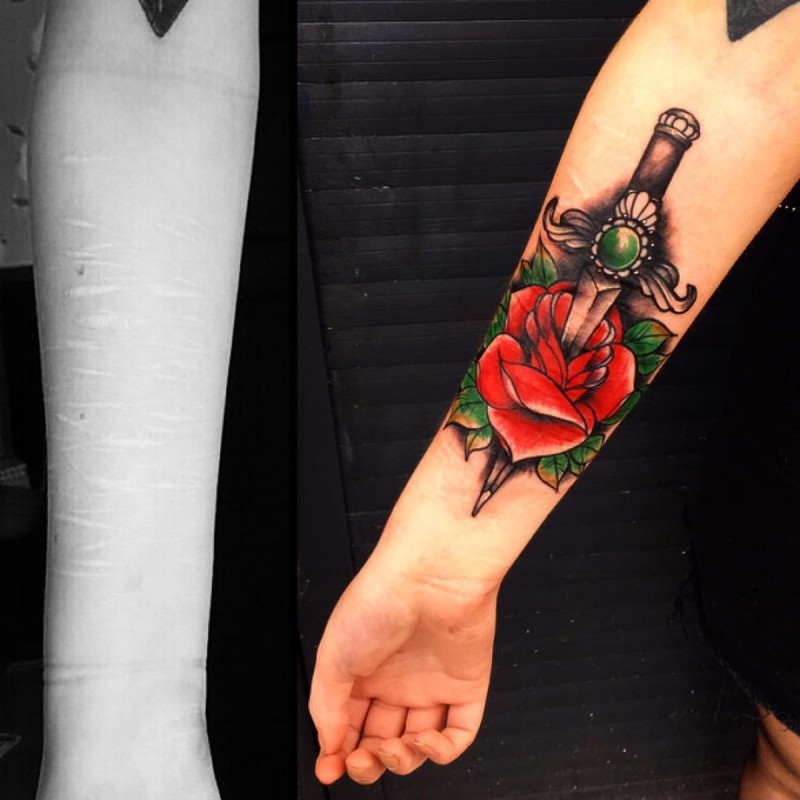 Ryan is one of the few tattoo artists who's brave enough to give scarred skin new splendor. There are currently over 300 people on his waiting list and Ryan is willing to help each and every one of them overcome their difficult pasts. Great job, Ryan!