When you're struggling in life, even the smallest of gestures can mean a lot. After an unexpected surprise at college, student Ashton Robinson could certainly appreciate this, prompting her to write about her experience on Facebook. 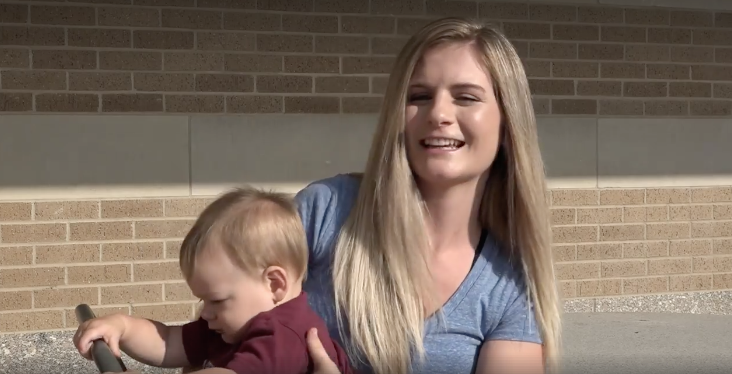 The single mom is studying at the prestigious Texas A&M University. However, Ashton thought she would have to miss a class when she couldn't find someone to look after her young son Emmett. Out of babysitter options, she emailed her professor to explain why she wouldn't be at class that day.

Her professor, Dr. Henry Musoma, called her back immediately and told her to bring the child to class. 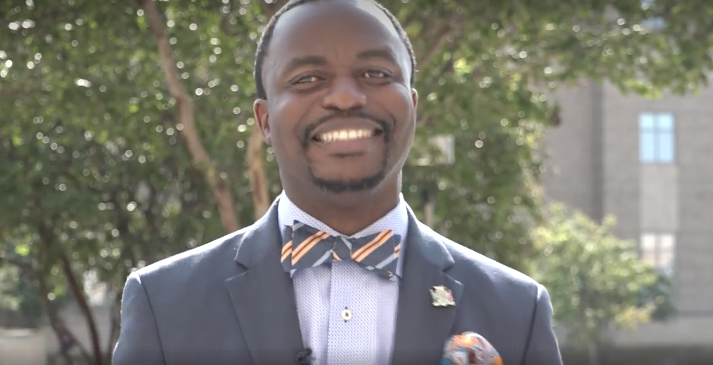 When class started, Dr. Musoma took Emmett in his arms so that Ashton could concentrate on the lecture. 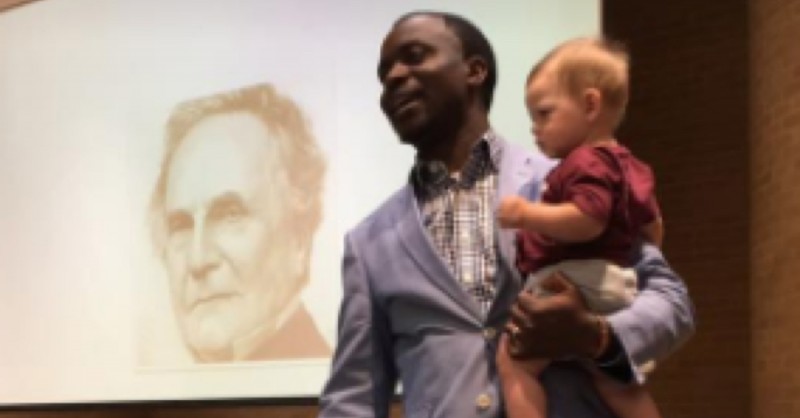 Captivated by what the professor was saying, Emmett remained quiet throughout while Dr. Musoma seemed to enjoy playing the role of grandpa. 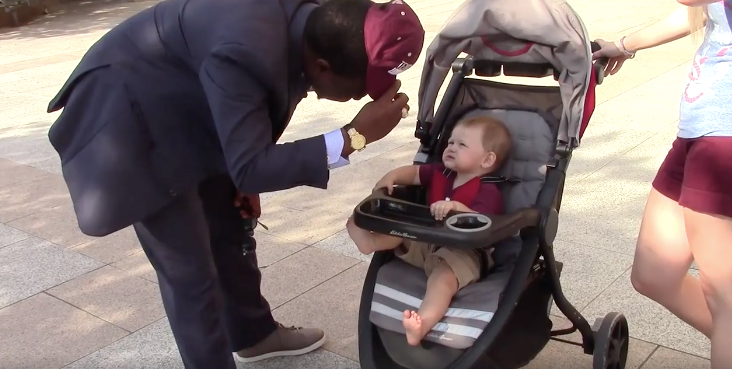 When none of his students could answer a question, the professor turned the young boy and said, "They didn't read the book!"

The story has already received a lot of positive attention on social media. 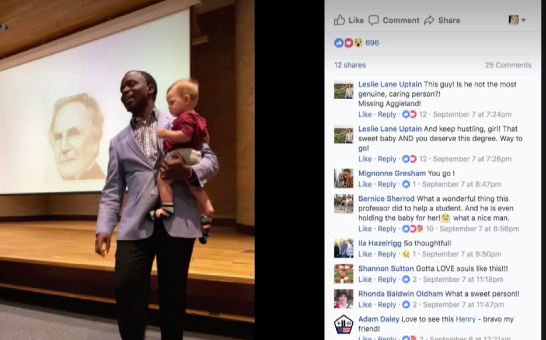 Ashton praised Dr. Musoma's actions on Facebook: "Definitely something I'll never forget and can't wait to someday tell Emmett that it's because of people like this that mommy was able to graduate from the best university in the world."

You can find out more by watching the following video:

What an amazing gesture! We need to see this kind of humanity more often.