It was nighttime on a dark road in Florida. Cars passed a pitiful creature on the asphalt, not seeming to notice it was in desperate need of help. Some cars almost ran the animal over. But then, two women spotted him and went to investigate. They found a poor dog in a terrible condition. 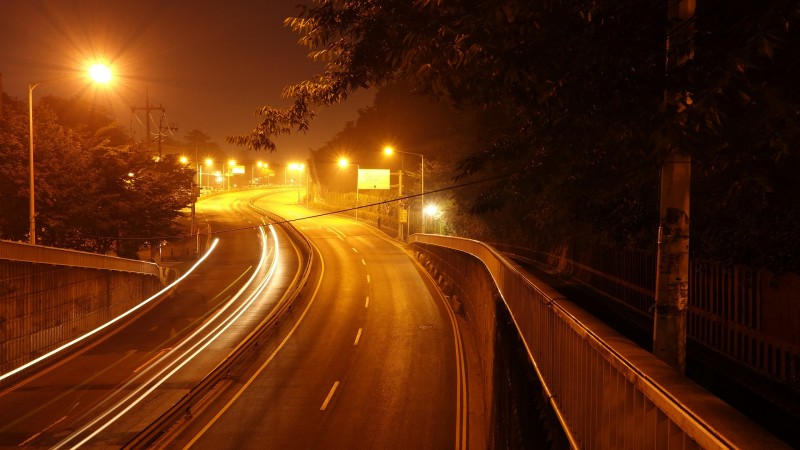 The women rushed the dog into their car, took a picture of him and posted it on Facebook asking for help. They couldn't keep him and all the shelters were closed at that time of night. And that's when our heroine came to the rescue: Kari Falla, owner of the BGE Grooming pet salon, decided to open her shop in the middle of the night to free the dog from the overgrown hair that was even preventing him from walking properly.

"As soon as I saw the post I knew the dog needed help IMMEDIATELY," Falla told The Dodo. "I contacted the finder of the dog and I told them to meet me at my salon at midnight that very night and I would groom him for free,” says Kari.

It took Kari a total of 3 hours to free the dog from the mass of hair covering him... and this was the result! 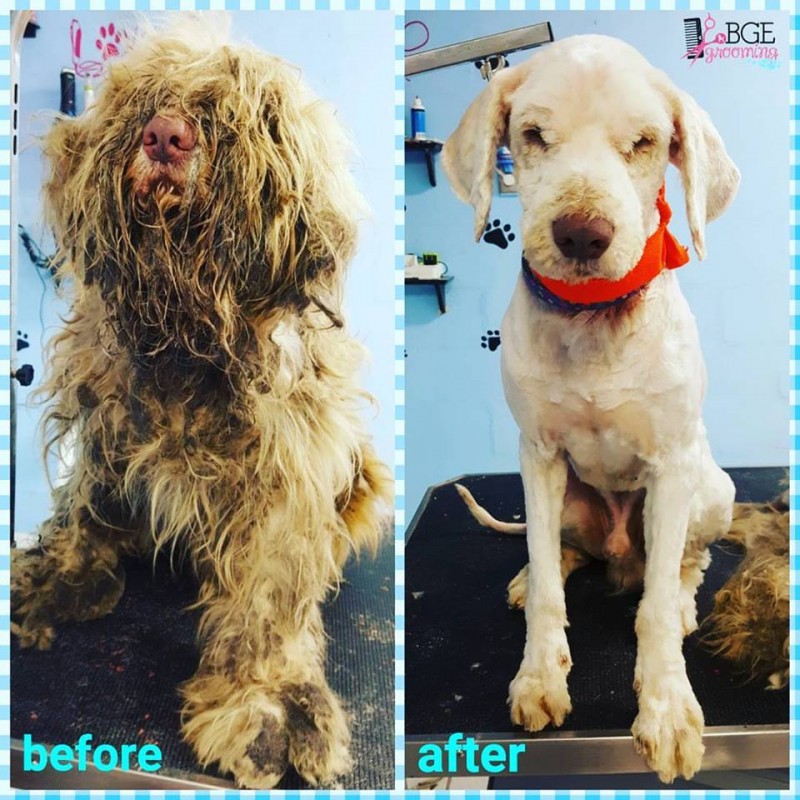 And this is all the fur that was removed during the grooming. Just... wow. 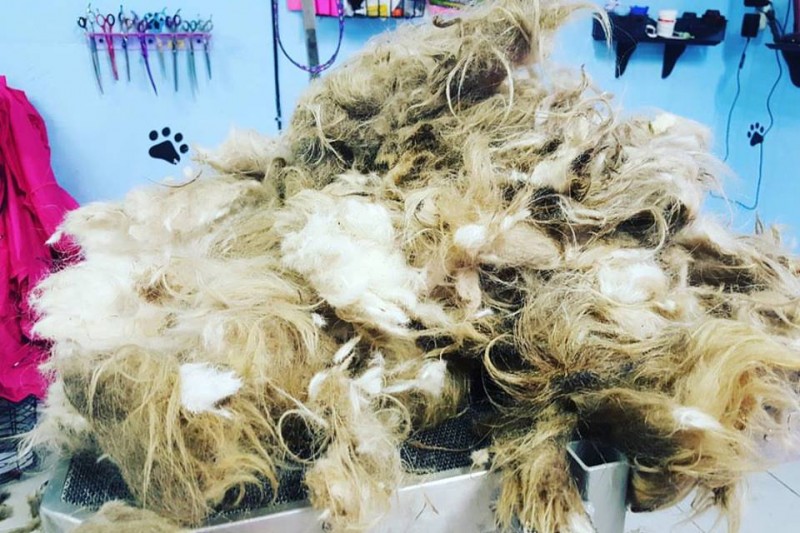 Kari believes that Lucky, as the dog was named, had never had a haircut before. In his four years of life, his fur had grown unchecked until the poor dog could not walk anymore. "It was seriously the most disturbing situation I've ever seen in my life. He smelled like death. He could not walk. He could not poop. His whole body was like a mummified cast. He was infested with fleas. He had a very long leash that looked like an outside leash embedded in his skin from the mats,” Kari explained through tears. 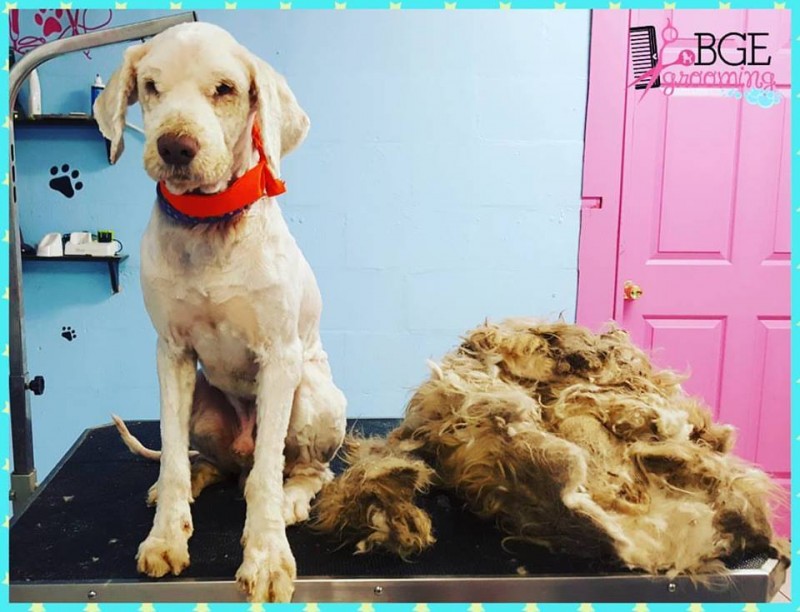 Afterwards, Lucky was given a refreshing bath (perhaps the first of his life?) and the next day he was taken to the vet. They discovered he was blind and deaf, and that he also had no microchip, so there was no way to trace his owner. 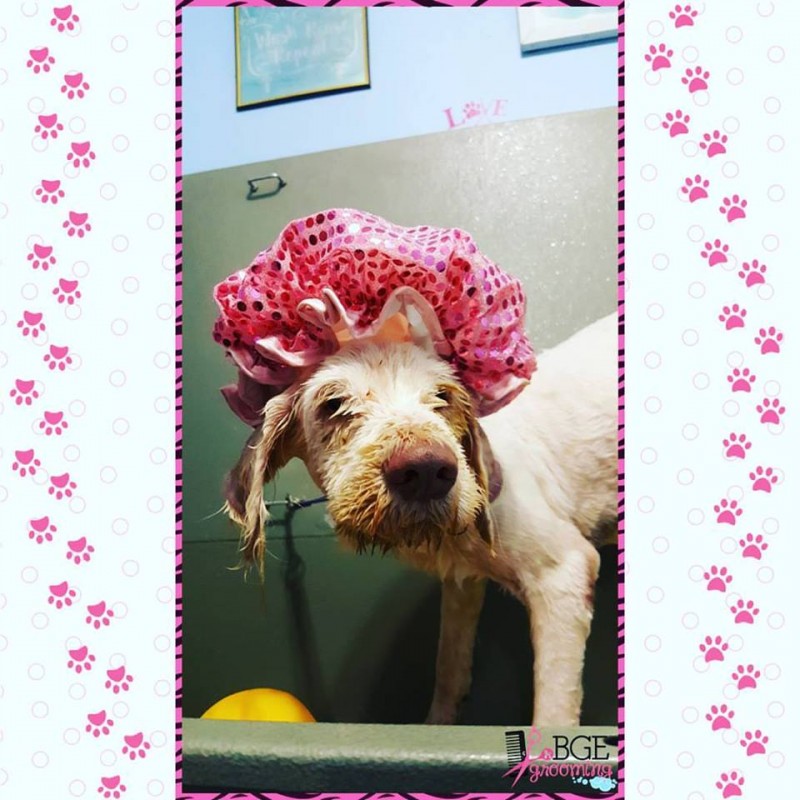 Now Lucky is in good hands with a foster family who give him all the love that the poor dog had never received before. We hope that Lucky's recovery continues and that he has a very happy life.